Sylvester Stallone Quotes To Inspire You 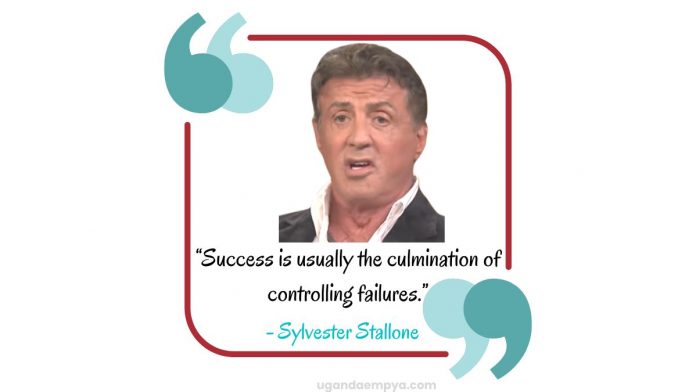 Sylvestor Stallone was born on July 6, 1946, in New York City. The son of an Italian American father and a Jewish mother, Stallone was raised in poverty. He became interested in acting at an early age and, after dropping out of college, he moved to Los Angeles to pursue a career in Hollywood.

Despite early failures, Stallone eventually found success as an actor and screenwriter, most notably with his portrayal of the boxer Rocky Balboa in the 1976 film Rocky.

2. “Life’s not about how hard of a hit you can give… it’s about how many you can take, and still keep moving forward.”

3. “Success is usually the culmination of controlling failures.”

5. “The fear is the fuel that we use for overachievement. If I wasn’t afraid at times, I wouldn’t work as hard.”

6. “I stopped thinking the way other people think a long time ago. You gotta think like you think.”

7. “Every champion was once a contender that refused to give up.”

8. “I take rejection as someone blowing a bugle in my ear to wake me up and get going, rather than retreat.”

9. “I learned the real meaning of love. Love is absolute loyalty. People fade, looks fade, but loyalty never fades. You can depend so much on certain people, you can set your watch by them. And that’s love, even if it doesn’t seem very exciting.”

10. “I believe any success in life is made by going into an area with a blind and furious optimism.”

11. “I believe there’s an inner power that makes winners or losers. And the winners are the ones who really listen to the truth of their hearts.”

13. “If you look back at life, I bet you will regret about 80% of your actions. But life consists of all mistakes.”

14. “Going on one more round, when you don’t think you can that’s what makes all the difference in your life.”

15. “For every guy, there is an opportunity to be a lot better than he thought he could be. We can’t all be the star of the team, but we can be a star in our life. That’s where you set your goal.”

17. “When you’re scared, when you’re hanging on, when life is hurting you, then you’re going to see what you’re really made of.”

19. “We’re all expendable. We think the world’s going to stop when a pope dies, or a king. And then life goes on.”

21. “I have great expectations for the future, because the past was highly overrated.”

22. “Every time I’ve failed, people had me out for the count, but I always come back.”

23. “I think everyone has a certain kind of formula in their life. When you deviate from that formula, you’re going to fail big or you’re gonna win big.”

24. “Don’t be gullible, use life before it uses you. Understand there are no free lunches, and for every action you take, there’s a reaction.”

Emily Dickinson was a prolific American poet who is known for her unique and introspective lyrics. Dickinson was a recluse who spent her days...
Previous articleMoving On Quotes To Help You Let Go
Next articleMark Cuban Quotes On Startups, Success and Business