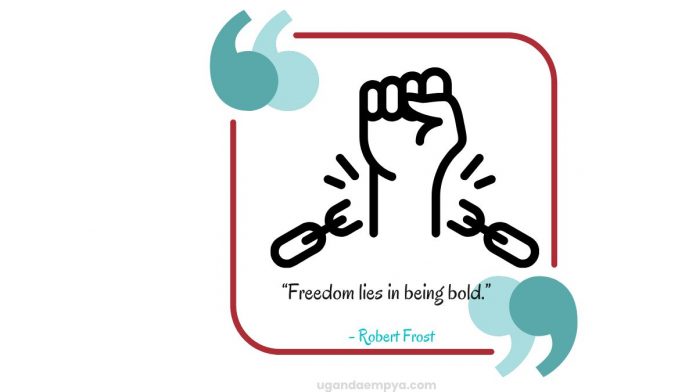 I Hope these Robert Frost quotes may inspire you, delight you, and help you find your way in this world.

Robert Frost was one of America’s most popular and well-known poets of the twentieth century. Born in San Francisco in 1874, he moved to New England with his family at the age of eleven. Frost attended Dartmouth College and Harvard University, but never graduated from either institution. He married Elinor White in 1895, and the couple had six children together.

Frost’s first book of poems, A Boy’s Will, was published in 1913. His second book, North of Boston, came out the following year and established him as a major American poet. Frost wrote many of his most famous poems while living in England, including “The Road Not Taken” and “Stopping by Woods on a Snowy Evening.” He returned to the United States in 1915 and eventually settled in New Hampshire.

Frost won four Pulitzer Prizes for poetry, more than any other poet. He also served as Consultant in Poetry to the Library of Congress from 1958 to 1959—a position now known as Poet Laureate. Frost died in 1963 at the age of eighty-nine.

3. “A liberal is a man too broadminded to take his own side in a quarrel.”

5. “Education is the ability to listen to almost anything without losing your temper or your self-confidence.”

6. “By faithfully working eight hours a day you may eventually get to be boss and work twelve hours a day.”

7. “How many things have to happen to you before something occurs to you?”

8. “A jury consists of twelve persons chosen to decide who has the better lawyer.”

9. “Home is the place where, when you have to go there, they have to take you in.”

10. “Forgive me my nonsense as I also forgive the nonsense of those who think they talk sense.”

12. “A diplomat is a man who always remembers a woman’s birthday but never remembers her age.”

17. “Thinking is not to agree or disagree. That’s voting.”

19. “Happiness makes up in height for what it lacks in length.”

20. “You have freedom when you’re easy in your harness.”

21. “Poetry is what gets lost in translation.”

22. “Humor is the most engaging cowardice.”

26. “Nothing can make injustice just but mercy.”

28. “College is a refuge from hasty judgment.”

29. “Anything more than the truth would be too much.”

30. The chief reason for going to school is to get the impression fixed for life that there is a book side for everything.

31. “Most of the change we think we see in life is due to truths being in and out of favor.”

32. “In three words I can sum up everything I’ve learned about life: it goes on.”

33. “Never be bullied into silence. Never allow yourself to be made a victim. Accept no one’s definition of your life; define yourself.”

34. “A person will sometimes devote all his life to the development of one part of his body— the wishbone.”

35. The rain to the wind said, ‘You push and I’ll pelt.’ They so smote the garden bed that the flowers actually knelt, and lay lodged–though not dead. I know how the flowers felt.

36. “Something we were withholding made us weak, until we found it was ourselves.”

37. “The afternoon knows what the morning never suspected.” – Robert Frost

38. “The worst disease which can afflict executives in their work is not, as popularly supposed, alcoholism; it’s egotism.”

39. “The father is always a Republican toward his son, and his mother’s always a Democrat.”

40. “I hold it to be the inalienable right of anybody to go to hell in his own way.”

41. “The brain is a wonderful organ; it starts working the moment you get up in the morning and does not stop until you get into the office.”

45. “A poet never takes notes. You never take notes in a love affair.”

47. “Earth’s the right place for love. I don’t know where it’s likely to go better.”

48. “You’ve got to love what’s lovable, and hate what’s hateable. It takes brains to see the difference.”

50. “Poetry is when an emotion has found its thought and the thought has found words.”

51. “A mother takes twenty years to make a man of her boy, and another woman makes a fool of him in twenty minutes.”

52. “A bank is a place where they lend you an umbrella in fair weather and ask for it back when it begins to rain.”

53. “Education doesn’t change life much. It just lifts trouble to a higher plane of regard.”

54. “Being the boss anywhere is lonely. Being a female boss in a world of mostly men is especially so.”

55. “Life must be kept up at a great rate in order to absorb any considerable amount of learning.”

56. “A successful lawsuit is the one worn by a policeman.”

57. “It’s a funny thing that when a man hasn’t anything on earth to worry about, he goes off and gets married.”

58. “There never was any heart truly great and generous, that was not also tender and compassionate.”

59. “Poets are like baseball pitchers. Both have their moments. The intervals are the tough things.”

60. “Nobody was ever meant, To remember or invent, What he did with every cent.”

61. “You can be a little ungrammatical if you come from the right part of the country.”

I hope you enjoyed reading Robert Frost quotes. He was an amazing poet whose work has inspired many people over the years. If you haven’t read his work before, I urge you to do so — you won’t be disappointed. Thanks for reading!

Motivational Larry Page Quotes For Success In Life and Business

Larry Page is an American business mogul, computer scientist, and internet entrepreneur, He was born on March 26, 1973. He is best known for...

Ludwig Josef Johann Wittgenstein was an Austrian-British philosopher who lived from 26 April 1889 to 29 April 1951. He focused on logic, the philosophy...

Timothy J. Keller is a pastor, theologian, and Christian apologist who was born in the United States on September 23, 1950. He is the...

Drake Quotes That Will Inspire You To Keep Hustling

Born in Canada on October 24, 1986, Aubrey Drake Graham is a rapper, singer, and actor. Drake, a significant figure in modern popular music,...

Marcus Tullius Cicero, a Roman statesman, lawyer, scholar, philosopher, and academic skeptic, lived from 3 January 106 BC to 7 December BC. During the...