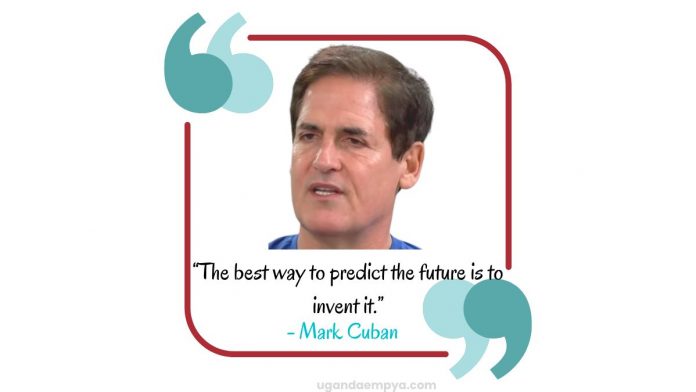 Mark Cuban is one of the most successful businessmen in the world. He is a self-made billionaire and has a net worth of $3.3 billion. Cuban is known for his firm and confident tone, and his quotes are no exception. In this blog post, we’ll take a look at some of Mark Cuban quotes on business and life.

Mark Cuban’s life story is one of rags to riches. Born in 1958 to a poor family, Cuban never let his humble beginnings hold him back. He started his first business at the age of 12, and by the time he was 25, he had made his first million. Today, Cuban is a billionaire and one of the most successful businessmen in the world. He is known for his roles as a tech entrepreneur, investor, and owner of the Dallas Mavericks NBA team.

Mark Cuban is a self-made billionaire entrepreneur who is known for his investments in technology companies and sports franchises. He is the owner of the Dallas Mavericks basketball team and the chairman of the HDTV cable network AXS TV. Cuban was born in Pittsburgh, Pennsylvania, and raised in suburban Detroit, Michigan. He attended Indiana University where he played basketball and graduated with a degree in economics.

After college, Cuban moved to Dallas, Texas, and started his own technology company, MicroSolutions. He sold the company to CompuServe in 1990 for $6 million. Cuban then started another company, Broadcast.com, which he sold to Yahoo! in 1999 for $5.7 billion. These deals made him a billionaire, and he has since made additional investments in a variety of technology companies.

In addition to his business interests, Cuban is also a passionate fan of basketball. He purchased the Dallas Mavericks in 2000 and has turned the team into a perennial playoff contender. He also became the chairman of AXS TV in 2011, and has helped make the network one of the leading providers of live entertainment content in the United States.

Cuban is a polarizing figure in the business world. Some people see him as a genius entrepreneur who has made billions of dollars through his own hard work and intelligence. Others view him as a self-promoting jerk who is riding on the coattails of others. However, there is no doubt that Cuban is one of the most successful and influential businessmen in the world.

2. “Work like there is someone working 24 hours a day to take it all away from you.”

3. “The only difference between who you are, and who you want to be, is what you do.”

4. “Find something you love to do. If you don’t make money at it, at least you love going to work.”

5. “Anyone who says he is an expert in the market is lying to you. There is no such thing.”

6. “Creating opportunities means looking where others are not.”

7. “What I’ve learned in these 11 years is you just got to stay focused and believe in yourself and trust your own ability and judgment.”

8. “Everyone has got the will to win; it’s only those with the will to prepare that do win.”

9. “If you’re prepared and you know what it takes, it’s not a risk. You just have to figure out how to get there. There is always a way to get there.”

11. “Staying true to who I am was tougher when I first got wealthy. Having great friends kept me grounded.”

12. “Always wake up with a smile knowing that today you are going to have fun accomplishing what others are too afraid to do.”

13. “I’ve learned the number one job of a pro manager is not to win championships but to keep their job.”

14. “Effort is measured by setting goals and getting results.”

15. “It’s not about money or connections. It’s the willingness to outwork and outlearn everyone.”

17. “It doesn’t matter how many times you fail. You only have to be right once and then everyone can tell you that you are an overnight success.”

18. “You need to turn over every rock and open every door to learn your industry. This process never ends.”

19. “It’s not whom you know. It’s not how much money you have. It’s very simple. It’s whether or not you have the edge and have the guts to use it.”

21. “I still work hard to know my business. I’m continuously looking for ways to improve all my companies, and I’m always selling. Always.”

22. “Sweat equity is the most valuable equity there is.”

23. “As long as you’re trying, you’re succeeding at something.”

24. “I spend time in bookstores because one idea from a book or magazine can make me money.”

25. “Push yourself, because no one else is going to do it for you.”

26. “Learn to sell. In business you’re always selling – to your prospects, investors and employees.”

27. “You have to learn how to use time wisely and be productive. How wisely you use your time will have far more impact on your life and success than any amount of money.”

28. “I worked hard and smarter than most people in the businesses I have been in.”

30. “If I own stock in your company and you move offshore for tax reasons I’m selling your stock. There are enough investment choices here”

31. . “Money is a scoreboard where you can rank how you’re doing against other people.”

33. “Once you have found out what you love to do, there is only one goal. How can you be the best in the world at it. It doesn’t matter if you are a filing clerk, an athlete, an accountant or a bartender. All that matters is that you do whatever you can to be the best.”

34. “Success is about making your life a special version of unique that fits who you are—not what other people want you to be.”

35. “Nobody ever changed the world by doing what everyone else was doing.”

36. “Know your core competencies and focus on being great at them.”

37. “Leaders don’t look backwards to condemn what has already been done; they look forward to create a better future.”

39. “Wherever I see people doing something the way it’s always been done, the way it’s ‘supposed’ to be done, following the same old trends, well, that’s just a big red flag to me to go look somewhere else.”

40. “Don’t start a company unless it’s an obsession and something you love. If you have an exit strategy, it’s not an obsession.”

41. “You can build something from nothing.”

42. “I love entrepreneurship because that’s what makes this country grow, and if I can help companies grow, I am creating jobs; I am setting foundations for future generations. It sends the message that the American Dream is alive and well.”

43. “Treat your customers like they own you. Because they do.”

44. “Ideas are the easy part. It’s the execution of the idea that becomes the difficult part.”

45. “Perfectionism is the enemy of profitability.”

46. “Time is the most valuable asset you don’t own. You may or may not realize it yet, but how you use or don’t use your time is going to be the best indication of where your future is going to take you.”

47. “It doesn’t matter how many times you fail. It doesn’t matter how many times you almost get it right. No-one is going to know or care about your failures, and neither should you. All you have to do is learn from them and those around you. All that matters in business is that you get it right once. Then everyone can tell you how lucky you are.”

48. “Automation is going to cause unemployment, and we need to prepare for it.”

Babe Ruth was one of the most legendary baseball...
Read more

If you're a fan of Nicholas Sparks novels, you know that his quotes are just as memorable as his stories. Here are some of...
Previous articleSylvester Stallone Quotes To Inspire You
Next articleOswald Chambers Quotes – Author of My Utmost for His Highest